BT Group was traditionally a large Oracle user but in 2019, the company made the strategic decision to move forward into the new decade on the SAP S/4HANA platform. Following the company’s acquisition of EE in February 2015, BT was looking to drive IT consolidation and reduce or remove duplicate system capabilities to support its business transformation.

EE had invested on SAP ECC 6.0 after the culmination of in the merger between Orange UK and T-Mobile UK. That posed a challenge for the respective IT teams: consolidating two systems onto one platform meant more data. With EE experiencing a significant growth in data, a data centre move in 2016 was inevitable. It was only then it realised the volume of data was too large and, fundamentally, needed to be halved. For this purpose, BT Group / EE partnered with TJC Group, to automate mass data archiving.

When data keeps growing exponentially, it slows the system down and that impinges some critical business processes during the day, such as getting the orders through the supply chain. BT /EE teams worked with TJC Group to automate the full data archiving process, eliminating any manual error and duplications without impacting on business processes.

The key benefits around the archiving for ECC 6.0 were around reducing the support effort for actually performing the archiving. That's where the Archiving Sessions Cockpit (ASC) was of great value because it makes sure that careful and meticulous activity is executed on a regular basis and we keep the system clean. 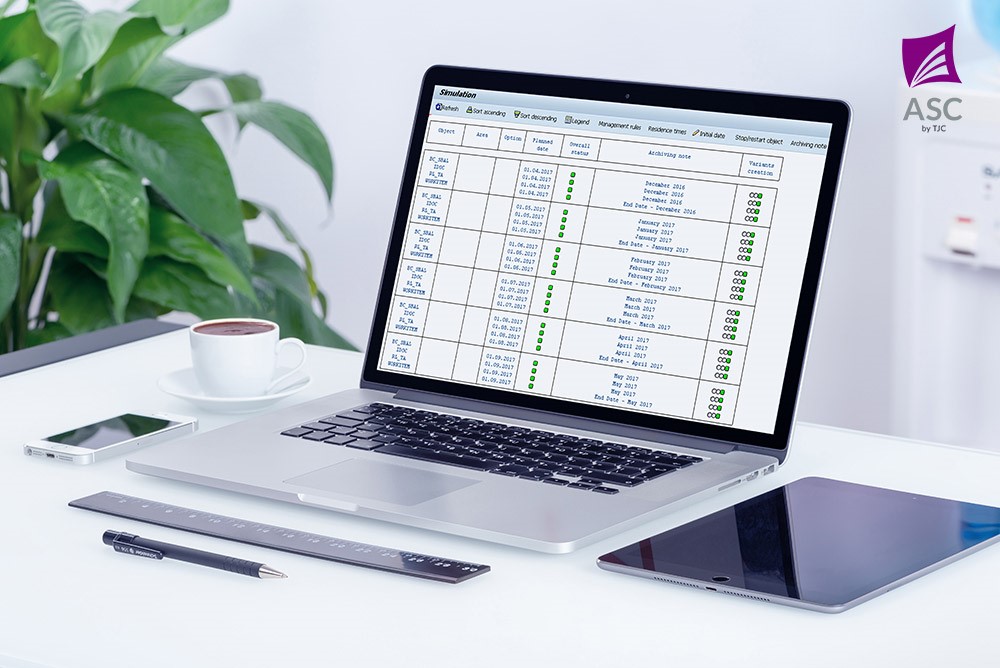 Using the ASC, BT Group/EE was able to achieve a significant data volume reduction, reaching an average archiving ratio of at least 95%. This meant BT was able to ensure the ERP system was not growing out of control, while staying compliant with the company information retention policies and EU GDPR regulations.

“Automation of the data archiving project has certainly been a big win for EE. Trying to do data archiving without that is almost like trying to put somebody on a hamster wheel. It’s hard work, but it’s an automated process so once you get it up and running, it’s there”, highlights Mark Holmes from BT Group.

The journey to S/4HANA

BT Group aims at adopting powerful technologies that offer the best value That is why in 2019 the company selected SAP S/4HANA Finance (Single-tenant Edition) to power its digital core, supported by the SAP Cloud Platform and SAP Analytics Cloud.

BT Group sees the move to S/4HANA as a business transformation across the whole organisation, not just an IT upgrade. In fact, the new technologies offer the opportunity for the company to improve its processes, the ability to upgrade technology efficiently and the capacity to identify/adopt new functionalities it demonstrated additional value. “It's really about trying to make a step change in our capability, to challenge what we're doing and to use best in class processes and streamline those policies so we can make a substantial step forward”, pinpoints Holmes.

By archiving data that is no longer in use, the data volume that needs to make the move to SAP S/4HANA can significantly reduce. That means also reducing the scope, duration, complexity and total cost of your SAP S/4HANA migration project as well as saving on hardware and licensing costs.

When a large corporation makes decisions that impact and transform the whole business, then there are essential considerations which must be included in the holistic thought process. In this sense, BT IT teams concluded that it is essential to have a clear picture of the complete data profile.

In summary, BT Group learnt the following during the data archiving project:

• Data Ownership is an essential aspect

• Archiving requires buy-in and acceptance from the business users

• S/4HANA is about Business Transformation, not IT upgrade


Data Archiving plays an essential role in maintaining SAP system performance as your business data increases over time, while lowering the Total Cost of Ownership by deleting data that is no longer required. Onboard data aging has limited value at managing business data in S/4HANA. That’s why data archiving is the most reliable methodology for data volume management.

< Back to all news

Monday 17th January 2022 A Look Back at 2021 - What has happened in the world of SAP? The return of UKISUG Connect towards the end of 2021 was a highlight for us, and we hope for many of you. But beyond this, there has been a lot going on in the…

Thursday 6th January 2022 S/4HANA - Uptake Growing According to our Latest Survey There was a great deal of S/4HANA content at the Connect 2021 conference in Birmingham, with some great customer sessions from the likes of Laing O’Rourke, NSG…

🔔 Connect 2022 🔔 Single registration is open, and until the end January you'll be getting our exclusive early-bird… twitter.com/i/web/status/1…